By Collection » Best Of » Egon Schiele 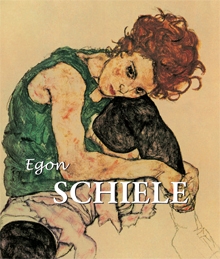 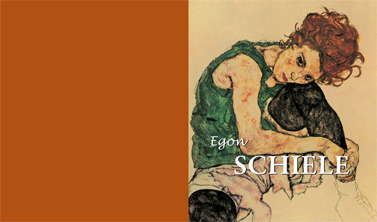 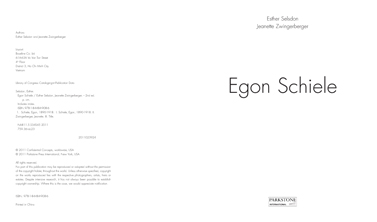 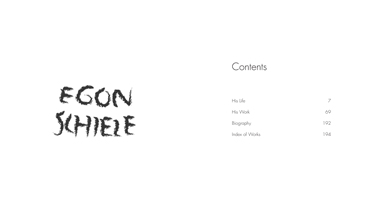 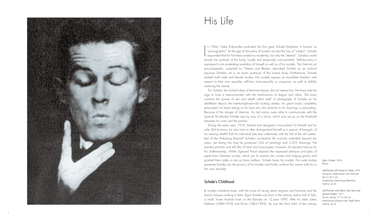 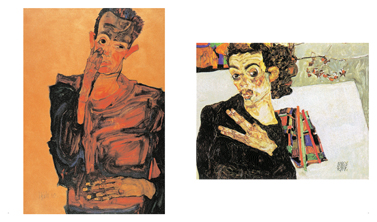 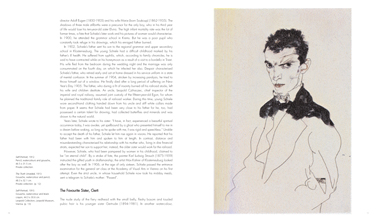 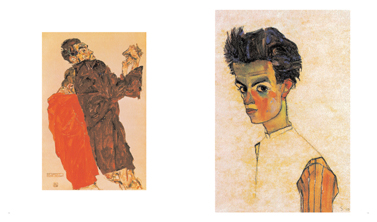 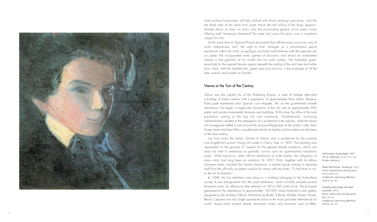 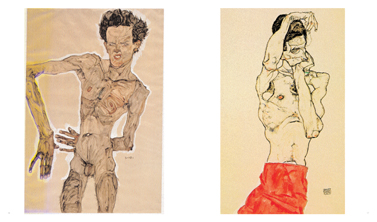 Egon Schiele’s work is so distinctive that it resists categorisation. Admitted to the Vienna Academy of Fine Arts at just sixteen, he was an extraordinarily precocious artist, whose consummate skill in the manipulation of line, above all, lent a taut expressivity to all his work. Profoundly convinced of his own significance as an artist, Schiele achieved more in his abruptly curtailed youth than many other artists achieved in a full lifetime. His roots were in the Jugendstil of the Viennese Secession movement. Like a whole generation, he came under the overwhelming influence of Vienna’s most charismatic and celebrated artist, Gustav Klimt. In turn, Klimt recognised Schiele’s outstanding talent and supported the young artist, who within just a couple of years, was already breaking away from his mentor’s decorative sensuality. Beginning with an intense period of creativity around 1910, Schiele embarked on an unflinching exposé of the human form – not the least his own – so penetrating that it is clear he was examining an anatomy more psychological, spiritual and emotional than physical. He painted many townscapes, landscapes, formal portraits and allegorical subjects, but it was his extremely candid works on paper, which are sometimes overtly erotic, together with his penchant for using under-age models that made Schiele vulnerable to censorious morality. In 1912, he was imprisoned on suspicion of a series of offences including kidnapping, rape and public immorality. The most serious charges (all but that of public immorality) were dropped, but Schiele spent around three despairing weeks in prison. Expressionist circles in Germany gave a lukewarm reception to Schiele’s work. His compatriot, Kokoschka, fared much better there. While he admired the Munich artists of Der Blaue Reiter, for example, they rebuffed him. Later, during the First World War, his work became better known and in 1916 he was featured in an issue of the left-wing, Berlin-based Expressionist magazine Die Aktion. Schiele was an acquired taste. From an early stage he was regarded as a genius. This won him the support of a small group of long-suffering collectors and admirers but, nonetheless, for several years of his life his finances were precarious. He was often in debt and sometimes he was forced to use cheap materials, painting on brown wrapping paper or cardboard instead of artists’ paper or canvas. It was only in 1918 that he enjoyed his first substantial public success in Vienna. Tragically, a short time later, he and his wife Edith were struck down by the massive influenza epidemic of 1918 that had just killed Klimt and millions of other victims, and they died within days of one another. Schiele was just twenty-eight years old.