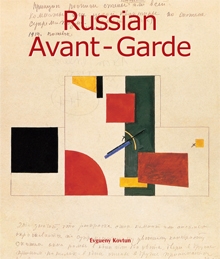 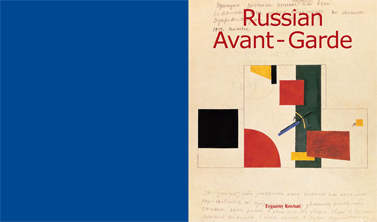 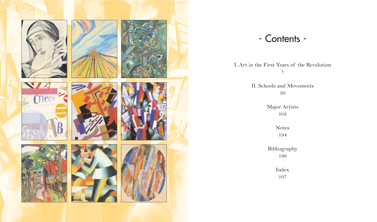 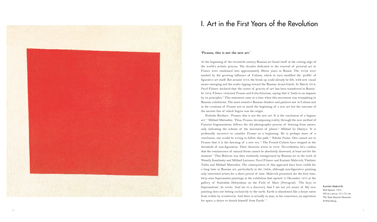 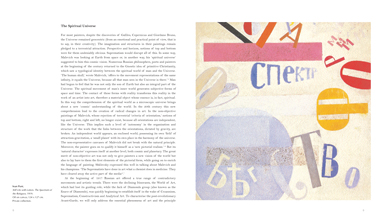 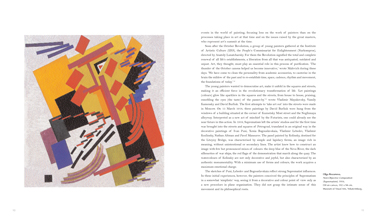 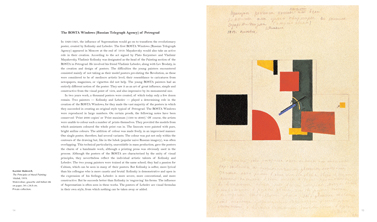 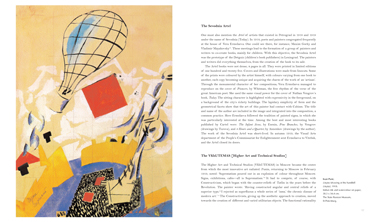 “The Russian Avant-garde was born at the turn of the 20th century in pre-revolutionary Russia. The intellectual and cultural turmoil had then reached a peak and provided fertile soil for the formation of the movement. For many artists influenced by European art, the movement represented a way of liberating themselves from the social and aesthetic constraints of the past. It was these Avant-garde artists who, through their immense creativity, gave birth to abstract art, thereby elevating Russian culture to a modern level. Such painters as Kandinsky, Malevich, Goncharova, Larionov, and Tatlin, to name but a few, had a definitive impact on 20th-century art.”