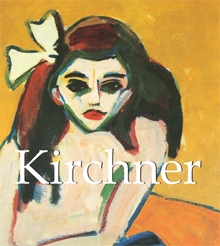 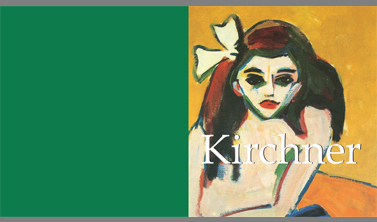 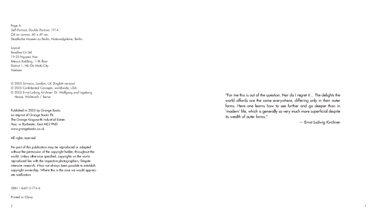 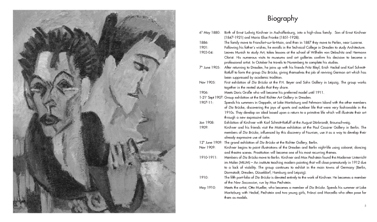 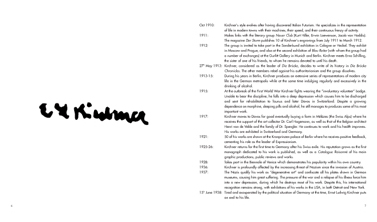 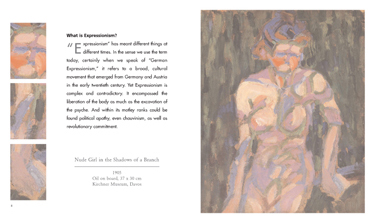 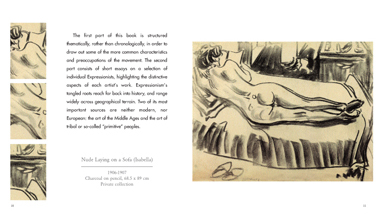 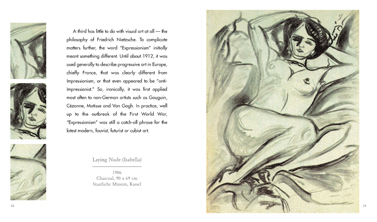 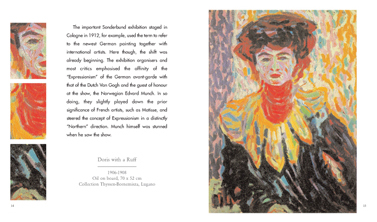 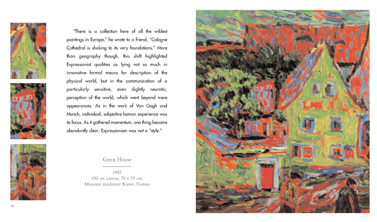 The self-appointed “leader” of the artists’ group Die Brücke (Bridge), founded in Dresden in 1905, Ernst Ludwig Kirchner was a key figure in the early development of German Expressionism. His first works show the influence of Impressionism, Post-impressionism and Jugendstil, but by about 1909, Kirchner was painting in a distinctive, expressive manner with bold, loose brushwork, vibrant and non-naturalistic colours and heightened gestures. He worked in the studio from sketches made very rapidly from life, often from moving figures, from scenes of life out in the city or from the Die Brücke group’s trips to the countryside. A little later he began making roughly-hewn sculptures from single blocks of wood. Around the time of his move to Berlin, in 1912, Kirchner’s style in both painting and his prolific graphic works became more angular, characterized by jagged lines, slender, attenuated forms and often, a greater sense of nervousness. These features can be seen to most powerful effect in his Berlin street scenes. With the outbreak of the First World War, Kirchner became physically weak and prone to anxiety. Conscripted, he was deeply traumatised by his brief experience of military training during the First World War. From 1917 until his death by suicide in 1938, he lived a reclusive, though artistically productive life in the tranquillity of the Swiss Alps, near Davos.