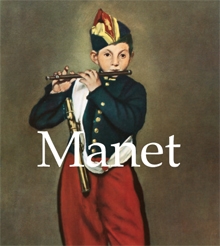 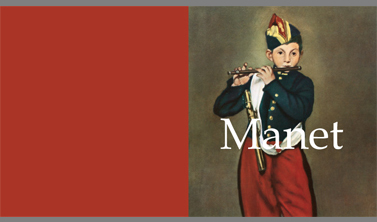 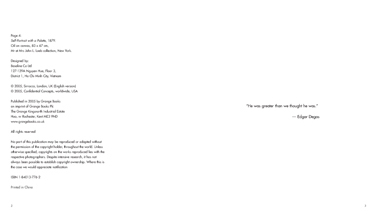 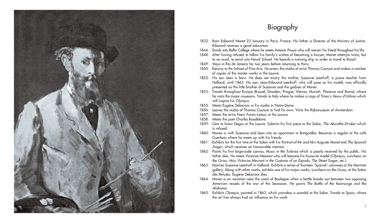 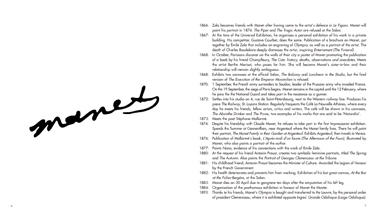 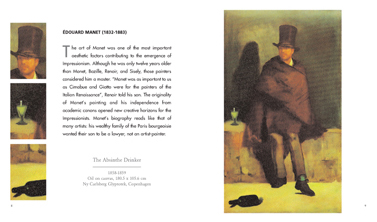 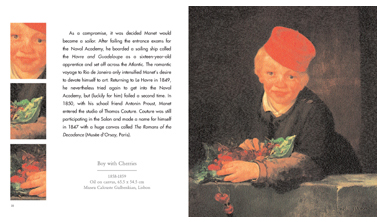 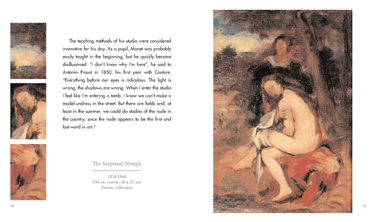 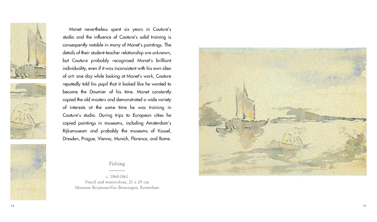 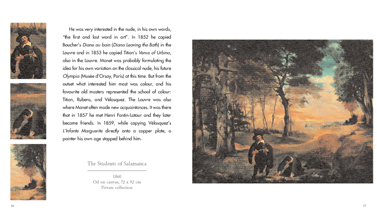 Manet is one of the most famous artists from the second half of the nineteenth century linked to the impressionists, although he was not really one of them. He had great influence on French painting partly because of the choice he made for his subjects from everyday life, the use of pure colours, and his fast and free technique. He made, in his own work, the transition between Courbet’s Realism and the work of the impressionists.
Born a high bourgeois, he chose to become a painter after failing the entry to the Marine School. He studied with Thomas Couture, an Academic painter, but it was thanks to the numerous travels he made around Europe from 1852 that he started to find out what would become his own style.
His first paintings were mostly portraits and genre scenes, inspired by his love for Spanish masters like Velázquez and Goya. In 1863 he presented his masterpiece Luncheon on the Grass at the Salon des Refusés. His work started a fight between the defenders of Academic art and the young “refusés” artists. Manet became the leader of this new generation of artists.
From 1864, the official Salon accepted his paintings, still provoking loud protests over works such as Olympia in 1865. In 1866, the writer Zolá wrote an article defending Manet’s work. At that time, Manet was friends with all the future great impressionist masters: Edgar Degas, Claude Monet, Auguste Renoir, Alfred Sisley, Camille Pissarro and Paul Cézanne, and he influenced their work, even though he cannot strictly be counted as one of them. In 1874 indeed, he refused to present his paintings in the First Impressionist Exhibition. His last appearance in the official Salon was in 1882 with A Bar at the Folies-Bergère, one of his most famous works. Suffering from gangrene during the year 1883, he painted flower still-lifes until he became too weak to work. He died leaving behind a great number of drawings and paintings.