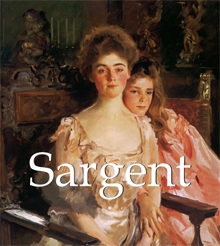 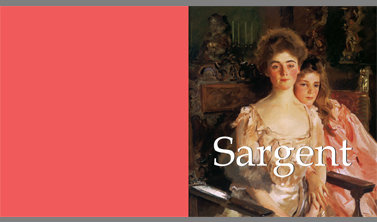 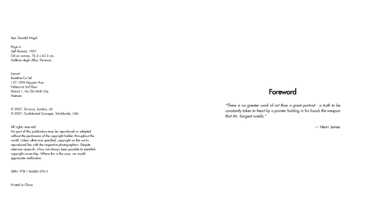 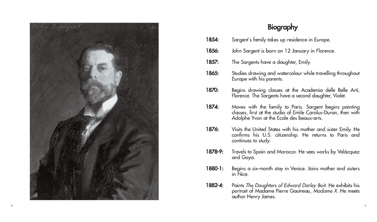 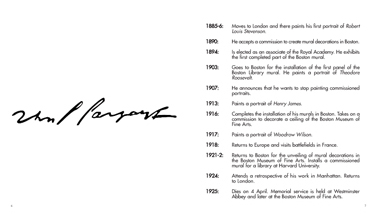 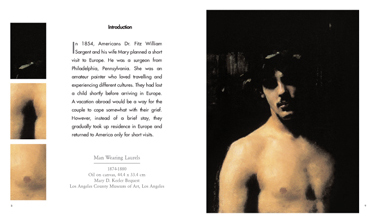 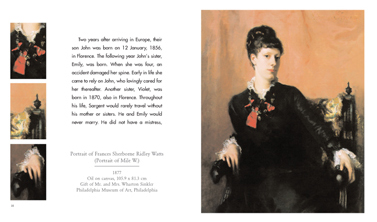 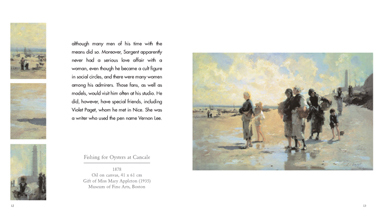 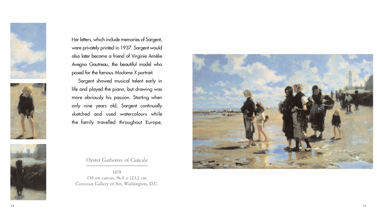 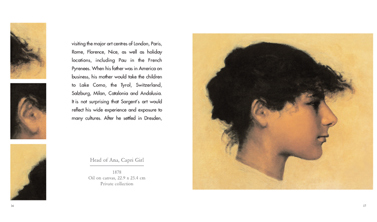 Sargent was born in Florence, in 1856, the son of cultivated parents. When Sargent entered the school of Carolus-Duran he attained much more than the average pupils. His father was a retired Massachusetts gentleman, having practised medicine in Philadelphia. Sargent’s home life was penetrated with refinement, and outside it were the beautiful influences of Florence, combining the charms of sky and hills with the wonders of art in the galleries and the opportunities of an intellectual and artistic society. Accordingly, when Sargent arrived in Paris, he was not only a skilful draughtsman and painter as a result of his study of the Italian masters, but he also had a refined and cultivated taste, which perhaps had an even greater influence upon his career. Later in Spain, it was chiefly upon the lessons learned from Velázquez that he found his own brilliant method.
Sargent belongs to America, but is claimed by others as a citizen of the world, or a cosmopolitan. Sargent, with the exception of a few months at distant intervals, spent his life abroad. The artistic influences which affected him were those of Europe. Yet his Americanism may be detected in his extraordinary facility to absorb impressions, in the individuality he evolved, and in the subtlety and reserve of his methods – qualities that are characteristic of the best American art.

Whoever edits and puhlbsies these articles really knows what they’re doing.