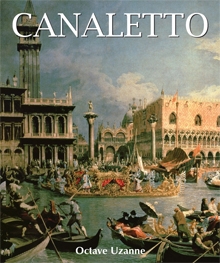 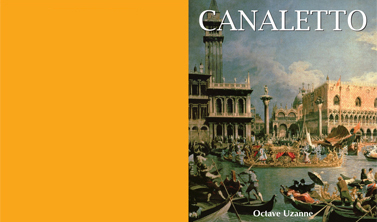 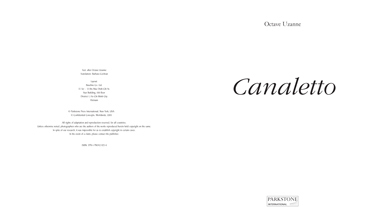 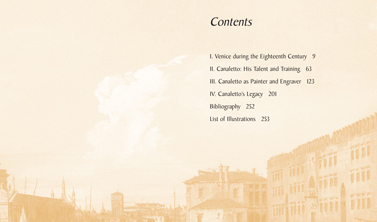 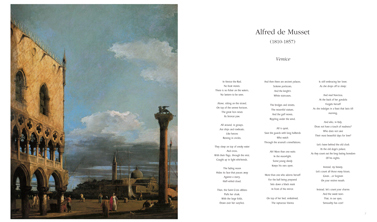 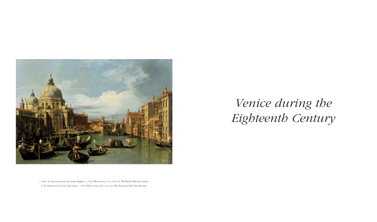 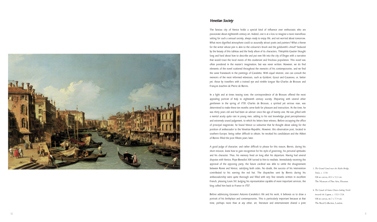 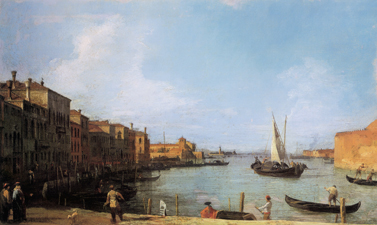 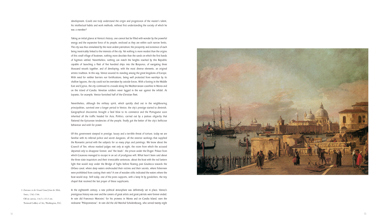 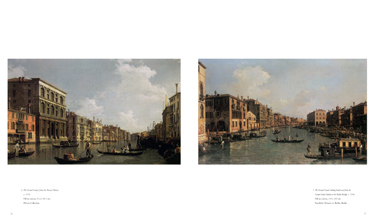 Canaletto began his career as a theatrical scene painter, like his father, in the Baroque tradition. Influenced by Giovanni Panini, he is specialised in vedute (views) of Venice, his birth place. Strong contrast between light and shadow is typical of this artist. Furthermore, if some of those views are purely topographical, others include festivals or ceremonial subjects. He also published, thanks to John Smith, his agent, a series of etchings of Cappricci. His main purchasers were British aristocracy because his views reminded them of their Grand Tour. In his paintings geometrical perspective and colours are structuring. Canaletto spent ten years in England. John Smith sold Canaletto’s works to George III, creating the major part of the Royal Canaletto Collection. His greatest works influenced landscape painting in the nineteenth century.