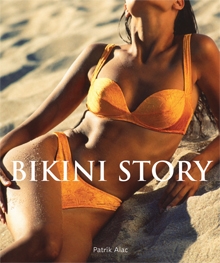 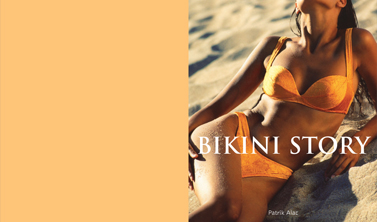 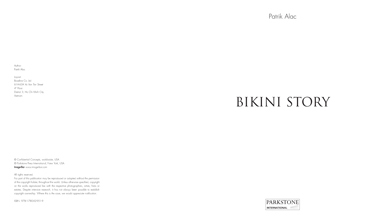 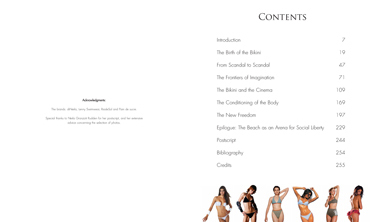 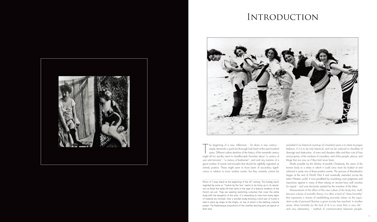 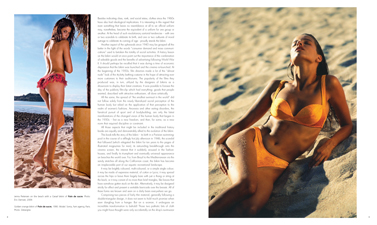 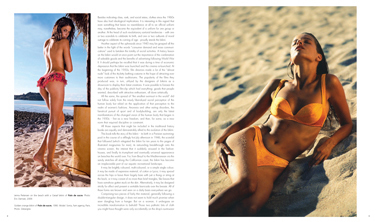 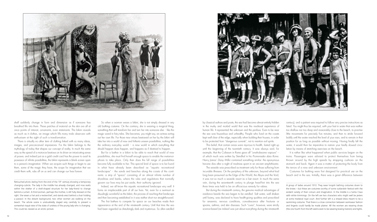 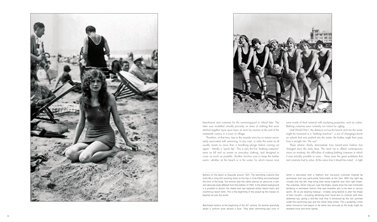 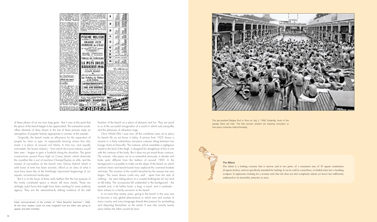 It was in 1946 that the world fi rst came to hear of a coral atoll in the Marshall Islands called Bikini. The following year, French couturier Louis Réard borrowed the name and applied it to a bathing costume for women. Breaking from decades of conformity, Réard dared to ‘undress’ women’s bodies in order to better emphasize what remained clothed – albeit in tiny wisps of material. By taking up the bikini as popular beachwear, women also found themselves thinking differently about their bodies. An ideal of perfection was reinforced by the appearance on the cinema screen of stars such as Marilyn Monroe, Brigitte Bardot and Ursula Andress, all of whom were featured in bikinis that accentuated their own curvaceous contours.
More than a bathing costume, the bikini made its own contribution during the 1970s to the sexual revolution and to the changing relationship between men and women in general. This book investigates the history of the bikini and its effect on the evolution in the perception of women in society, as women regained responsibility for the way they look and laid claim once more to full sexual equality. A collection of images throughout this book illustrates this progression step-by-step over a period of more than 50 years.